section. Even now, when we reference R.L. Stine and Jon brings up Goosebumps, I have a fleeting feeling of superiority.

To clarify, I'm not a mean person or elitist, but I could read at a very high level when I was very young and so I skipped over most of the intermediate reads. I didn't understand why someone would want to read something (I considered) so basic, but I see now that not everyone was reading Stephen King and Anne Rice at 11. It's very likely that the only age-appropriate books I read back then were required reading for school. 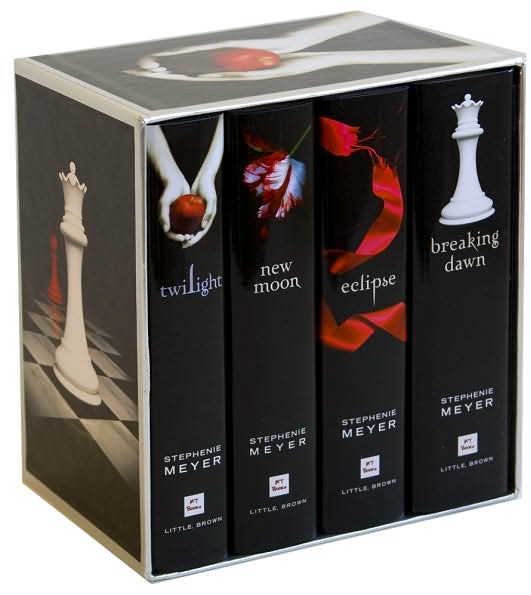 When The Twilight Saga

came out, I thought it was for teenagers. I thought it couldn't have substance. I saw the movie and enjoyed it so much that I bought the box set of books. To be frank, I wasn't impressed. The story was interesting, but the characters were so whiny! I know that Bella is a teenager and that Edward is a centuries-old teenager, but there's a reason why no one but teenagers can stand teenagers. They are really annoying. So, Twilight was a bit of a bust for me.
Cue one year later, I'm at Mike and Sarah's house watching Real Estate Intervention with them and they mention that they've been watching True Blood

. They assured skeptical me that it was good and most importantly, that it was ADULT, so I gave in and we watched an episode. This was episode 6 of season 2.

now and are now in season 2

, past where I started. He has this habit of saying, "Oh no, what's going to happen now?" and he means it rhetorically, but I have to try hard not to answer. :) 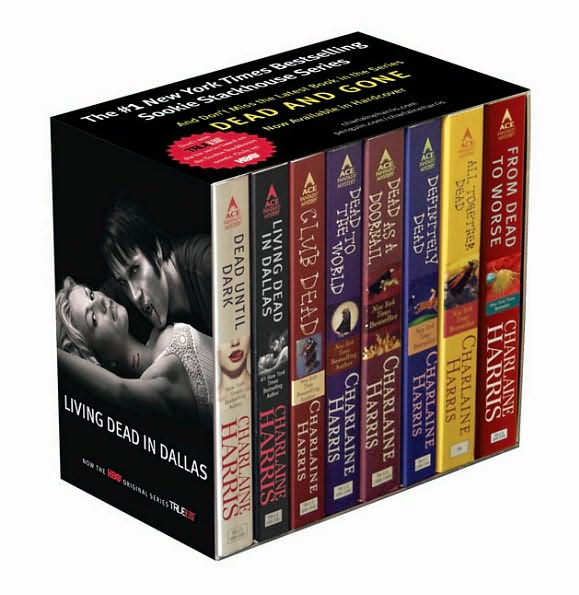 Way back in October, I ordered the Sookie Stackhouse 8-copy Boxed Set

(the series True Blood is based on). I received it 10 days ago (because the other book in my order was a pre-order that hadn't been released yet) and as of this morning, I'm just starting book 8. I am DEVOURING these books. They are amazing. They're funny, dark, witty, sexy, surprising, engrossing, and suspenseful. Yesterday, I ordered Dead and Gone (book 9), but I don't think I'll get it before I finish book 8. And Dead in the Family (book 10) doesn't come out until May!!! What a travesty. That's why I don't like reading series, because I freak out when I need the next installment.
I would LOVE to give you a synopsis of each book in the series, but that would give away a lot of the story. Here's a link to a basic synopsis of each book, if you're interested.

If you're a fan of True Blood, be prepared for a bit of heartbreak when you read the books. Characters that are major in the show are minor in the book. Lafayette, one of my favorite True Blood characters, is barely a blip on the radar in the Sookie Stackhouse books. Also, while Bill and Sookie are a fixture on the HBO series; in the books, Bill becomes more of a minor character and Sophie gets involved with a parade of really hot guys - none of whom are humans. These developments made me angry at first, but as I've moved forward in the books, I've realized that this is almost more exciting because you get TWO Sookie storylines.