We Have A Winner!

Hello, my chickadees! I hope you all had a fabulous weekend - it was beautiful here in Southern California, so I tried to spend as much time outside as I could!
Without further ado, the winner of the Concrete Lace giveaway is... #28, Soy Pea! I will be emailing you in just a minute, you lucky winner, you!
Thanks to all who entered and a BIG thanks to Concrete Lace for the generous giveaway!
Posted at 12:01 PM 1 comments

Email ThisBlogThis!Share to TwitterShare to FacebookShare to Pinterest
Labels: winner

I am loving this fun purse from Cambria Cove! Wouldn't it look great at the farmer's market, the beach, the summer bonfires, on the seat next to me in the car? ;) 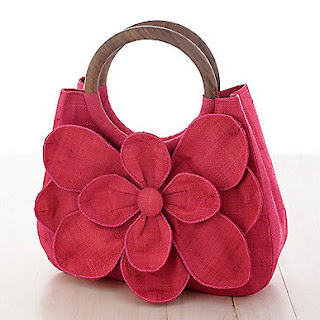 Focus On... Concrete Lace! {And A Giveaway!}


I dig languages, especially German. In fact, it's on my arm. So, when I stumbled upon Concrete Lace, I was hooked. I want all of the German cards, plus some of the French, Greek, and Hebrew..wait, I want all of them! Read on for more information on this fantabulous company and the women behind it. Then, enter the giveaway!


Tell me some basic info about yourself.
I am Katie Daniels, owner of Concrete Lace paper goods. Printing became an important part of my life in the mid-90s because of a beloved printmaker friend, Joan Cobitz, whom I miss dearly. Concrete Lace would not be what it is today with the help and inspiration of my talented sister and best friend, Carla Kaiser, and the support of our gifted mother, Brenda Davis. I design, print & package all of the letterpress products myself; Carla creates hand-illustrated mandala Concrete Lace cards, and also has a few hand-illustrated coloring books. We are a really great team and have a LOT of fun together. {love and light card}
What kind of mediums do you use and why?
We print all of our cards by hand, mostly on my 1934 Vandercook #4 Letterpress, but also on a Kelsey Excelsior Mercury letterpress, Gocco or Yudu. {german love card}
What made you decide to sell on etsy?
It seemed like a great fit for what we had to offer...besides, Etsy is such a helpful and wonderful community to be a part of, which I am very proud to be a part of. 
Where do you get your inspiration?
I love history, culture and tradition from all over the world. I enjoy learning new things, how things work, and I am very easily fascinated... Carla loves to read, and always has her nose in a new book, or is always researching the latest gadget or software. We both think that every step of process is as fun as the finished product, so we seem to stay pretty inspired each step of the way when we are creating. Not to mention that we inspire each other. 
What is your favorite music to craft by?
Funny you ask because it is a very important part of my craft. I make a conscious effort to only listen to local artists from Atlanta, GA when I am printing. I feel like no support is better than that of your community, so I try to buy a few new albums from the local record shop to put on shuffle each season, and run them into the ground while I work. It keeps me in touch with the amazing creativity that surrounds me in Atlanta. 
When it's cold outside...
I wear way too many layers. 
When I'm hungry...
I will eat everything I find. 
I wish I was/were...
able to create more time. {will you be my bridesmaid card set}


If I could give one gift to everyone I know, it would be...
a bottle of Red Rooster hot sauce (not to be confused with sriracha). 
If I could have coffee with anyone, it would be...
paul reubens. 
If you were an animal, what would you be?
my dog zeke 
What's your favorite piece of your own?
My german card series 
What are your favorite blogs/websites right now?
Lately I have been focused on wedding blogs because of all of the wedding work I am doing for clients. This is such a great and busy time of year, thanks to all of the love in the air! {thank you for being a friend card}
You can find Concrete Lace on
the website,
on etsy,
on facebook,
and on twitter.
You can find Carla's self published hand-illustrated coloring books here.

{mandala coloring book}
*Concrete Lace has so generously offered to giveaway a German occasion card pack (my ABSOLUTE favorite!), plus one of Carla's mandala coloring books as a give-away.*
- To be eligible for entry, you must be a follower of my blog through google friend connect or through your preferred RSS reader. -
- Make sure you leave me a way to contact you if you win. -
- Please leave separate comments for each entry. -
- This giveaway is only open to US residents. -
First entry (mandatory):
- Visit Concrete Lace, select your favorite item and tell me about it.
Extra entries (optional):
- Like Concrete Lace on Facebook.
- Follow Concrete Lace on Twitter.
- Sign up for the Kate and Oli mailing list.
- Follow me on Twitter, tweet about this giveaway and leave me the link.
- Add my button to your blog.
- Like Kate and Oli on Facebook.
- Blog about this giveaway and leave me the link.
Fine print: Giveaway begins when it is posted and ends at 11:59pm pacific standard time May 14, 2011. A winner will be selected by a random number generator on May 16, 2011 and will be emailed promptly. This giveaway is open to US residents only, please!
Posted at 8:00 AM 51 comments

Today is my parents' 33rd wedding anniversary. Considering they were a mere 20 years old when they got married, this is a huge feat. Compounding that fact, they had only dated for 3 weeks when they eloped to Las Vegas and got married at City Hall. So, while they aren't role models, they are a success story. :)

In this picture, they had been married for less than a year. My mom was still fattening up my dad - who had previously subsisted on Breakfast Jacks and Oreos. My mom was still rocking the Dorothy Hamill cut - albeit in a growing-out sort of way. My favorite part of this picture is that they're in it together. So many of their early marriage pics are of one, taken by the other. Happy anniversary, Mom and Dad, here's to 33 more! :)
Posted at 7:00 AM 2 comments