Sorry for the lack of substantive posts lately, but I have a good excuse! A few days ago, I found 5 kittens at the new property we're renovating! The tenants below had told me they had seen them when they were babies but had lost track since the mama kitty kept moving them around. We stumbled upon them in the carport while doing some repairs and I knew I couldn't leave them there.

I'm kind of guilty that I took them since the mama was there and they're all healthy, so she was doing a great job. However, no one needs five more feral cats and I can't let un-fixed cats stay un-fixed. So, we're finding good homes for them and they will all get de-wormed and fixed and their starter shots, at least.

I'm working on convincing my roommate to let me have one (Please, Jon?) and I've suggested my boyfriend take one too (Please, Adam?) and I'm using their cuteness to convince other friends (C'mon, Mike and Sarah, you know you want one!) to take one. In the meantime, I am falling in love with all of them. :)

For your viewing pleasure, here they are in all their cuteness: 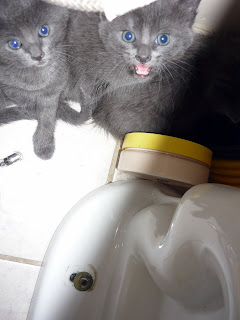 We put them in the bathroom when we first brought them home and they all hid behind the toilet. They were so scared that when we even looked at them, they hissed. But have you heard kitty hisses? They're so CUTE! 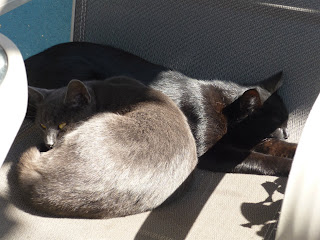 The mama (grey) and the papa (black). We're going to try to catch them this week to get them fixed as well and hopefully find new homes for them. They were abandoned by a previous tenant. Who would do that? 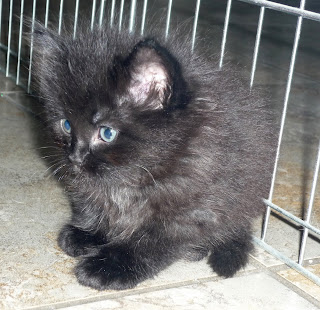 Fluffball. He doesn't have a real name yet. Oh, and please note that my use of gender-specific pronouns are completely random - we've checked them all, but I can't remember who's a boy and who's a girl. 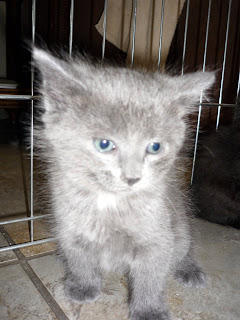 Burton - named by my sister and her boyfriend after the snowboard company. He's got a patch of white fur on his chest. 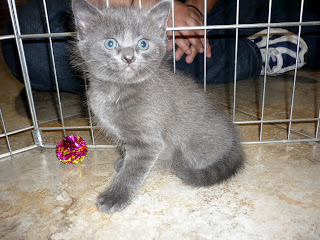 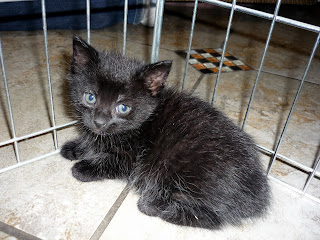 My baby :) I named him Burrow, because he... burrows. But, it's transitioned into Gopher. 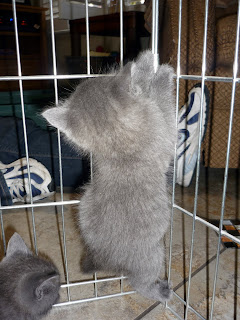 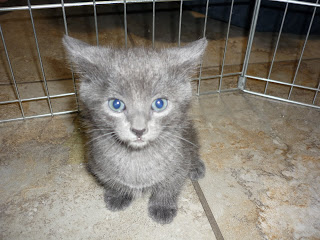 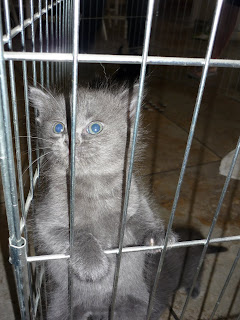 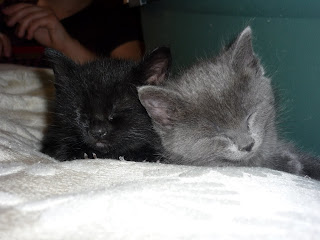 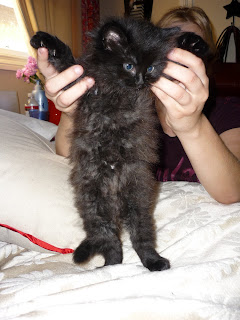 This one's tummy is full of curly, swirly, matted fur. SO soft. 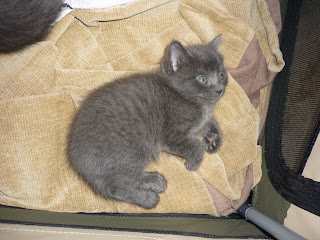 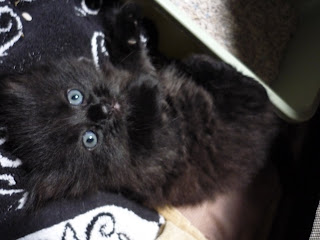 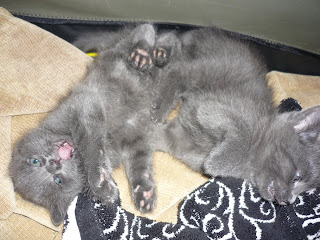 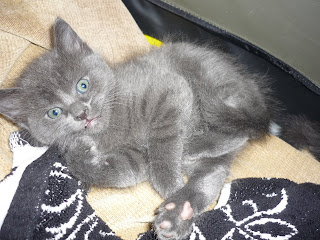 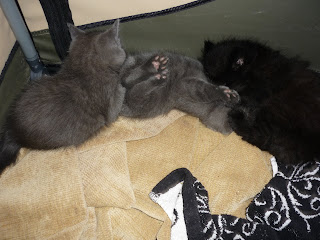 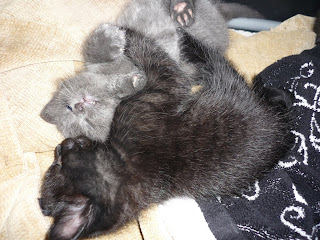 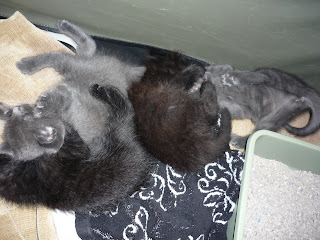 Email ThisBlogThis!Share to TwitterShare to FacebookShare to Pinterest
Labels: kittens