What a busy, busy time it's been! And a happy one! And a sad one.


Busy, first: The holidays always seem to hit me all at once and suddenly I have to buy lots of little presents for my parents and sister, a few for other friends and my babysitting kids, as well as 4 large presents for Adam, Jon, Mike and Sarah. I also have school, which I have year-round, but that extra time seems so precious at this time of year. My babysitting schedule is on fire and my etsy shop is picking up steam, too. Plus, I have a craft show the 2nd week of December and I'm trying to make new cards and repackage old ones. Jon's dad is coming to town in mid-December so we're trying to tidy the house and schedule carpet cleanings, so he doesn't think know that we're slobs. Don't forget work 8-5 everyday and all those errands that just come with being a grown-up. Whew! I'm pooped just thinking about everything I have to do. 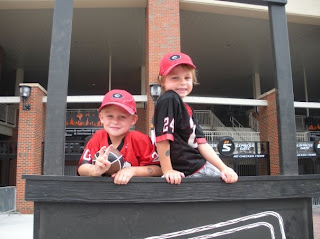 Most of those things are great, though. I like being busy and having a full planner. I love spending time with my babysitting boys and making cards is obviously something I enjoy as well! I'm even starting to get back into knitting. By back into it, I mean that I briefly learned how to do it last year and then promptly got discouraged and stopped. However, last Sunday Jon and I went to an event called the Hella Hipster Hoedown at the Urban Craft Center in Santa Monica. There was music, free screenprinting, craft booths, and... a knitting crash course! So, we did that and got totally caught up in it (we were late for my mom's birthday dinner) and before we left Jon bought a set of needles and yarn. Which led to last night, where we're sitting in the living room watching our Monday shows (House and Heroes of course) and Jon is totally knitting while watching tv. I was so proud of him; such an enlightened boy. I wish I had taken pictures, though.

Now for the sad: last year, around Labor day, my grandma Annie found that her breast cancer (previously in remission) has metastasized to her brain. We set her up for treatment and took away her car keys. That was the angriest I've ever seen her. The medicine she was on, however, could cause seizures and we felt it was safer if she wasn't driving. Annie was so independent though and I think we may have broken her spirit a bit when we did that. 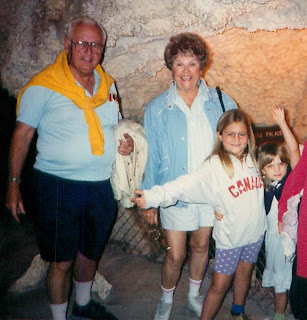 On Halloween, after weeks of radiation therapy and optimism, we found out that it had further metastasized and there were now 16 inoperable tumors along her spine. She was not very clear-minded most of the time by this point so it was up to my dad and I to make her treatment decisions.

That's an important point: my grandfather, while incredibly intelligent, had no experience with practical matters like grocery shopping or paying bills, so he was out of the question as her decision-maker. My mom and sister were very helpful during this time, shuttling Annie to bingo games and CVS, cleaning up her house so we could fit the hospital bed, etc. But it was my dad and I who were there everyday and it was I who he talked to about what we should do. I became an expert on Medicare coverage, hospice plans, and her treatment.

After we found out about the tumors along her spine, we decided that she should continue on her treatment in the hopes that she could get better enough to come home and go play bingo. When she was lucid, that was all she wanted to do. The week before Thanksgiving, we decided to enter hospice care and to take Annie home. We set up a 24 hour home health aide to live with her and we bought tons of supplies. She came home on the Friday before Thanksgiving. My mom's birthday was on Sunday and I still feel badly that we didn't do much to celebrate it. On Monday, Annie died in her living room with my grandpa, dad, her nurse and I around her. My mom and sister would arrive about 10 minutes later. 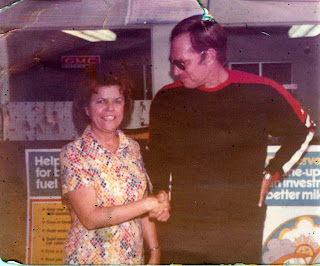 I've lost loved ones, but I had never watched someone die. It's peaceful and violent at the same time. Most of all, it's incredibly sad. Dying at home adds more strangeness to the story because I then had to call the Fire Department to come and verify the DNR and to make sure there was no foul play. I had to call her doctor who spoke to the firemen and told them this was expected. Lastly, I had a surreal conversation with the funeral director where they basically had me fill out the death certificate over the phone. It was a rehash of her life while I sat next to her lifeless body.

Because she died the Monday before Thanksgiving, we had to wait an entire week for the service. That time in between was a morbid mix of preparing for Thanksgiving while writing obituaries, planning headstones, sending announcements and notifying neighbors. 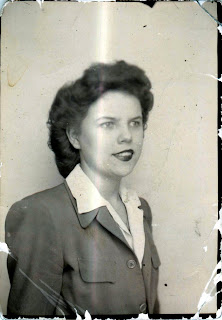 Today is one year since she died. In a few minutes, it will be exactly one year. This Thanksgiving will be easier than last, but I know it will always be strange to gather as a family without her.

Yesterday, my good friend Kristine called me and as soon as I picked up the phone, I knew that her grandpa had died. She held it together on the phone and said she just wanted to let me know. We talked a bit about how unhappy her boss was about this timing (she works in retail) and then we hung up. I knew she was home with her family and I felt like I had to do something. I went to Trader Joe's and Barnes and Noble to get her flowers and a distraction basket filled with cookies and candies and books. When I took it to her house, we kept crying and hugging, crying and hugging. So often, "I know how you feel" is an empty phrase, uttered by people who don't know what else to say. But I did know and she knew that and I think it made her feel a little better.

So, today my dad and I will work, like every other day. At lunch time, after we go to the bank and the post office, we will go to the cemetery and leave a white rose each for my grandma and my uncle - just two rows apart. And tonight, we will go Christmas shopping. Because the world keeps turning.

Pictures:
My babysitting boys supporting their team!
My grandpa, grandma, myself, and my sister at Carlsbad Caverns in 1995 or so.
My grandma and John Wayne - she kept that picture in her purse for 40 years.
Annie in her 20s.
Annie at my sister's graduation in 2007.
Posted at 10:06 AM