A Thank You To My Glasses

In February of 2008, I plunked down a huge amount of money, popped a few ibuprofen and a Valium and prepared to change my life.

I got my first pair of (red, Minnie Mouse) glasses when I was 7, in 3rd grade. It was inevitable; both of my parents and all of my grandparents wore glasses. It probably didn't help that my 7-year-old self (like my 27-year-old self) read in any light possible, even the dim light of a movie theater, in the car at night, or under the covers.

After the Minnie glasses, I graduated to bifocals. Yep, I was Benjamin Franklin-ing it in the 5th grade. Probably because prior to this I would remove my glasses, set them in my pocket and then promptly sit down on them. About once a week.

My parents took me to our optometrist at least once a month - probably a lot more - for adjustments, tweaked frames, or popped-out lenses. Dr. Barr (the elder, now passed away) was a focal point of my childhood. He smelled of cinnamon and welding. Getting to choose new glasses was THE BEST. Sometimes Dr. Barr (the younger, now retired) would let me choose a new case to go along with them and it was the BEST DAY EVER. 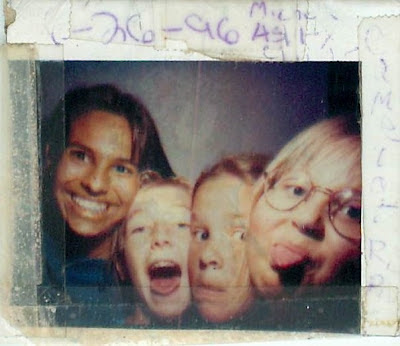 {The summer after 6th grade}

As I got older, my glasses became a part of my identity.
The smart girl. The girl who likes to read. The girl who writes poetry all over her jeans.
The girl with the glasses. 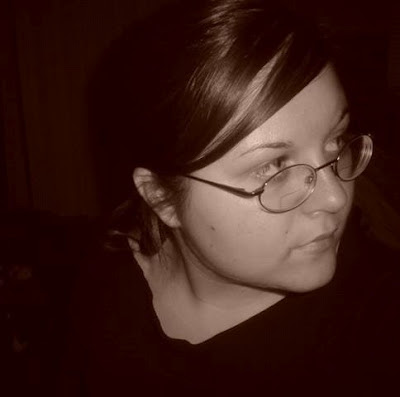 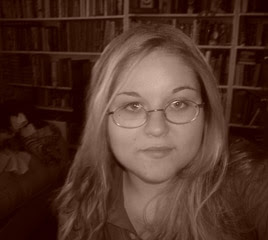 In my early 20's, I found my most favorite pair of glasses ever - turquoise and lime green Vogue frames. They were colorful, fun, quirky, and could start any conversation. They were ME. At the time, I worked in retail and I don't think a day went by that a customer didn't comment on my glasses. Even better, they looked good with all of my different hair colors - and there were a lot. 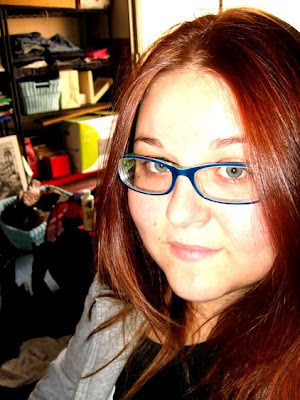 {Vogue frames with my red hair}

But then, I went to Hawaii and I went snorkeling for the first time. Which was awesome! ...I think. See, I took off my glasses to put on my goggles and though I took a bunch of awesome pictures while swimming blind, and I saw a lot of colorful streaks, I didn't get to enjoy the moment. Which sucks. 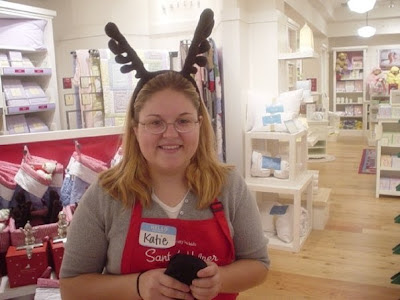 So, I began thinking... maybe it was time. This was also a time when I was wrestling with who "Katie" was. For so long, I had been labeled (and labeled myself) as a certain person. And "glasses" were part of my label, part of me. There was probably also a lot of psychological fun-ness that we could touch on, like "hiding" behind my glasses, making myself "invisible" or other things I should talk about in therapy. But, let's not.

So, I did the research, I found the right place for me - Laser Eye Center in Torrance, CA - now known as NVISION Laser Eye Centers - and I made an appointment for a consultation. Five months later, on the day after Valentine's Day, I had LASIK done. I went in early in the morning and the procedure took all of 20 minutes. Then I went home with my eyeballs covered by gauze, sleeping pills, and Vicodin. My mom made me food, then I slept until the following morning, when I went back to have the bandages removed. I will forever remember (and I've thought about snapping a photo to hang at home) the first thing I saw when I stepped outside with my new eyes. The Martin Chevrolet sign across the parking lot, across the street. 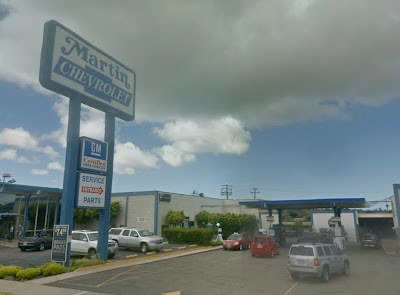 And then, the marvels began. I could see trees. Not green shapes my brain identified as such. But trees. With leaves. And branches. I could see street signs. I could see how dirty my shower was (crap). And I couldn't wait to see what I had missed out on the NEXT time I went snorkeling.

At first, it was REALLY hard to get used to what I looked like without my glasses. I didn't know who this person was, I didn't understand the way her face was shaped. The kids I baby-sit for were a little freaked out. I had clear lenses put into my Vogue frames and I wore them for about a week. Then, it just seemed silly. My friends would ask, "Didn't you get LASIK? Why are you wearing glasses?" I couldn't admit I was self-conscious about my face (or maybe I couldn't hide anymore, cue therapy!), so I went bare-faced. And gradually, I got used to it. 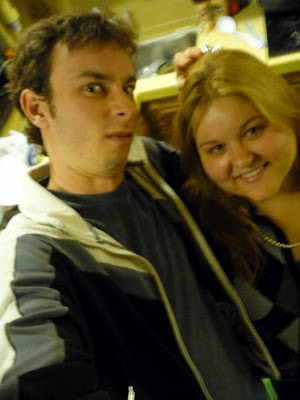 {first Thanksgiving after LASIK - with Jonathan}

I still have my Vogue frames and I've worn them as props in the past few years, but mostly they're a reminder. Of how we change, but we still stay the same. I wore glasses for 16 of my most formative years. I will always reach up to adjust my glasses if something isn't quite clear. Even though they're not there. And I will always wipe my eyes with my index finger, starting at my nose and moving under my eye, just as if I was doing it under a pair of glasses. That aren't there. 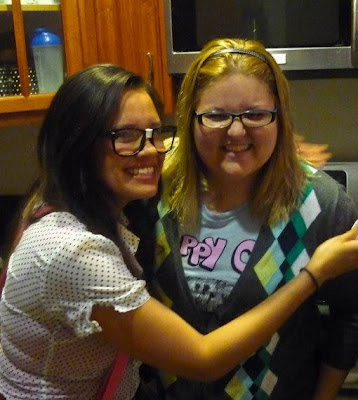